After a week off, Andi and the douches came back into our lives last night. This time, from the south of France. Marseille is a word I had to google to spell correctly. It’s also a beautiful city. Most importantly, it has a railing for Andi to look out over and fake-think about her adventure.

Chris Harrison showed up for a quick cup of unscripted tea. He managed to squeeze a “Stooooooooooooop” out of Andi, and then left. What temperature was it during their meeting? Andi was in a short leather skirt and C-Harr was wearing a turtleneck, scarf, and a jacket. Is it in Andi’s contract that she must show leg, no matter the weather? What if Chris Harrison has nice legs? Nobody thinks about what Chris can do. What Chris needs.

But enough about Chris. There’s drama in the house. It looks like the men have all gotten on the same cycle or something. It’s nature. Speaking of, we’re in France! Let’s get to the cheesing and whining. 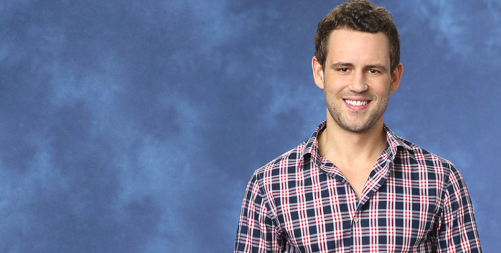 What the heck is happening with Nick? He has such a little B on the group date. At least we think he was being a little B. He does have a sad face. If Tigger asked Eeyore who he thought should play him in Poo the Movie, Eeyore would take a drag of his cigarette look down at the ground and say, “Probably that little B on the Bachelorette…Nick something. The one with the sauerkraut face.” Pick up your game, Nick.

Josh M got himself back in the game with a solid date that included a boat ride, bird poop, and a private concert. Here’s my question. How was he excited for the private concert??? Do these guys sit at home and watch the Bachelor and Bachelorette and pump their fists when it’s time for another private concert? Do they tell their buddies that somebody, it’ll be their turn? Apart from having a pretty great girlfriend, private concerts are the number 1 reason I don’t apply to go on these shows. They are the worst. And yet, that guy last night could sing! I don’t know who he is but I wanted to yell at him from my couch, “You’re better than this, man! How did you end up doing a private concert on the Bachelorette???! Eddie Murphy had at least 2 videos on MTV and you can’t make it happen?” And that’s Josh M. 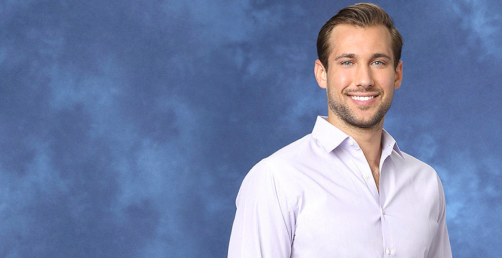 Markus mimed, “nervous” and he kissed really awkwardly. But I guess if you’re in the lead you can coast. Just please, if you’re gonna french, let your head follow your tongue a little bit. It’s weird when you open your mouth and stick your tongue out and just reach for hers. This isn’t a joust. Get up in there a little, my man. We don’t want to see your tongue, ever.

Dylan has gone through some absolute crap in his life. With that said, is he kind of a zero? The guy has no personality. He’s monotone. He’s vanilla. And sure that’s fine in real life. He can find some spazzy Boston chick to balance him out. But this is TV. We need something, anything. He’s got all the charisma of Bayside High’s Mr. Dewey. (google him) Dylan could go home and I wouldn’t give a care.

JJ is taking the skinny-jason segel thing into overdrive. And it’s working like a charm! How can you not root for JJ? He spreads some gossip, I guess, but he’s nice and nerdy. He isn’t arrogant at all. He’s the underdog of the guys that have a legit chance to win this thing. And how can you root against an underdog? Don’t you have a soul? I bet when you watch Braveheart you root for the English! Shame on you! 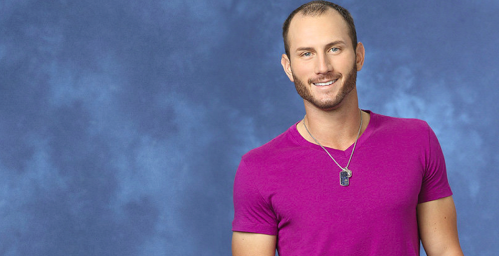 Nick left the show asking what went wrong and why he can¹t find love. It could be that he showed his taint at a charity event. It could also be that he was more interested in splash fighting with Craig than spending time with Andi. Nick, you make a funny robot but unless there¹s a splash-fighting, taint-loving girl out there I don¹t know that you¹re really close to anything positive happening in the world of love. Hit em straight out there man.

You’re a firefighter who’s asked to dress up like a firefighter and then strip. Given those softballs, you still strike out? What was it about Carl that we didn’t see? Did he have poo breath? Does he not believe the Holocust was a real thing? Was it the extra thick glasses? Carl, what happened???

Chris did what farmers do. He smiled. In fact, all you need to know about what Chris did last night is this picture. This is Chris. This is what you get…or is it? Next week’s polygraph looks dubious for Iowa’s ambassador. What is Chris hiding? Is it corn? It’s probably corn. 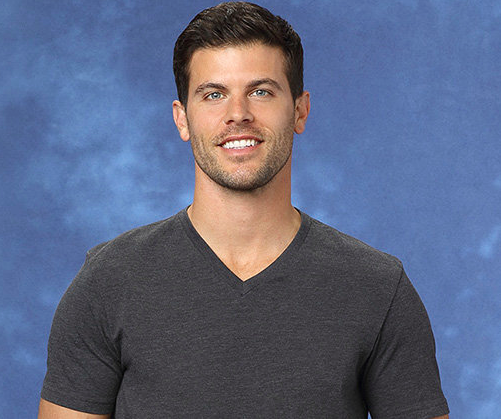 We saw the cracks starting to form on Sunday night. Eric was getting weird. Last night took things to a whole new level. Was Eric wrong about Andi maybe playing to the cameras a little? Probably not. Was that absolutely the worst possible thing he could’ve said to a girl he was trying to get to know? Yes. And it got him a cab ride out of Connecticut. He didn’t even get a limo! His decision was pretty brutal, and if he was still alive we’d be ripping on his strategy. But he’s not still alive so we’ll just move on. Sad stuff. 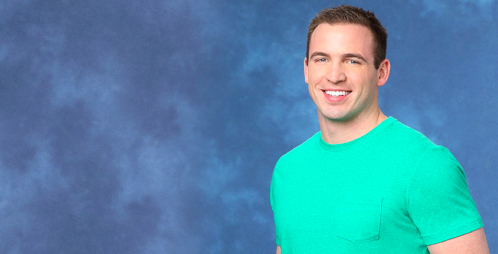 Brian likes to say he has no game. I don’t think that’s true. His game is blowing it, being honest about blowing it, and then making up for blowing it. It’s like he lowers the bar and then raises it back to where it should’ve been all along, but because it’s being raised, Andi thinks he’s more than what he is. It’s like if an average looking guy decided to get a really bad haircut on purpose. Let’s say he frosts his tips. He’d go from a 5 to a 3. But when his hair grew back, the relief from the girls he knows would be so big and the contrast so huge, they’d think of him as a 7, even though he looks exactly the same as when he was a 5. I dare one of you to try this. Please, for all of us, frost your tips!!

Ugggh, Bradley. The over-singing. The singing at all. Opera singing is appropriate in 2 places. 1) On a stage during an opera  2) On an athletic field in front of thousands of people right before a game. Any other time, an opera singer singing is like that guy in your office that does really tired impressions of celebrities that go on like 2 or 3 minutes too long. Bradley doesn’t get that. He’s so eager. Even the look he gave Andi as the roses were getting low..It was this, “please don’t hurt me. I’m fragile. Look at how pink my face is in my promo picture” thing. And I’m sure Andi was considering it. But Bradley made one error this week that nobody could come back from. He wore a jacket that defied logic. What was that thing? A bomber jacket? It had so much sheepskin! It’s leather was so shiny! Where do you buy a jacket like that? How did he fit that thing in a suitcase? Did he have to check extra luggage at the airport because of the shear volume of that thing? At least Nick V’s toddler trench coat was thin. You can fold a toddler trench. And then, Bradly gets kicked off and he cries. But not the kind of tears that well. He cries single tears, the worst kind of man tears. They stream, individually, down his pink cheeks. Won’t some socially unaware woman somewhere, love Bradley? 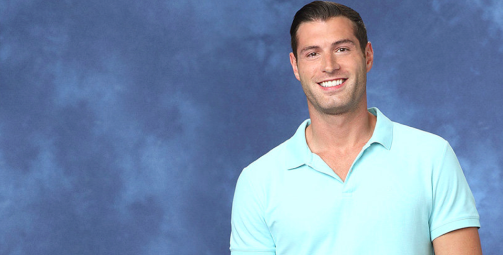 Andrew is accused of something pretty friggin terrible and pretty friggin hard to make up. There’s no way he didn’t say that word, or at the very least, something like it that’s probably just as bad. So, not cool man. But we don’t have to worry anymore. Because as the saying goes, leave with the girl you came with. Finally, Andrew and Patrick can be happy together. When Patrick said, “I’ve heard from a lot of people, and not just girls, that I have all the qualities to make a great husband”, who do you think he was talking about? Andrew! These guys should at least give it a shot. Just hug for a second with patting each other’s backs. Yada yada yada, I know pronounce you man and man. It’s a beautiful story and ABC would make a killing on a televised wedding. Good luck you two. Love wins. 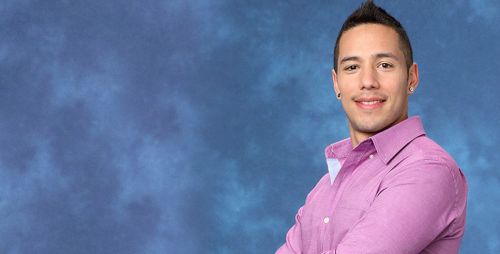 Tasos was such a non-factor and so obviously-probably gay that ABC didn’t even bother showing us his exit. No judgements, Tasos. Just confusion. This season is so confusing! You seem like a very polite fellow and I’ll bet you plan the hell out of a wedding. Good luck in life, man. Opa!

America still isn’t ready for a rattail. When will we progress?? How in any world did Brett have a chance at winning this thing? Would he have had to save Andi in an earthquake? Or stop the next 9/11? We’ll never know. I feel like most of Brett’s bathroom counter space is taken up with colognes. He seems like the kind of guy that has really moist hands too. You know how when you’re getting your haircut and the barber brushes his or her hand up against your ear and it’s always kind of moist? That’s Brett. Moist.

Sad stuff with Ron. I like how he handled stuff. Didn’t try to mug for the cameras. Didn’t spend a lot of time being sad in front of the guys. He didn’t let the show take advantage of a lame situation. We’ll miss ya buddy. Hope you’re doing ok.

Ohhhhhh Craigery. You defy anything we’ve seen on Television. And television has been around for a long time. It’s not just the gay thing. The mentally handicapped thing. The drunk thing. The I can’t get my dress shirt off because it’s full of pool water thing. The I’m going to push a guy into a stove thing. The I can play guitar so you probably think I can sing just kidding I can’t sing at all thing. The a$$ out hugging thing. Seriously you look like a really tall mailman trying to put mail in a mail box when you hug. Only you’re like exactly Andi’s height. Why are you doing that? It’s the combination of all those things. You’re an inspiration for so many people groups. You might be the most important American, Craig. And like Janet Jackson said, “I miss you much”.