I remember where I was when the Berlin Wall came down, when Greg Louganis smacked his head on the diving board, and when Zack Morris took Kelly Kapowski to their own prom after her dad lost his job and she couldn’t afford a dress. All powerful TV moments but none as captivating as what happened last night when Ben asked for a little empathy and compassion only to be Olivia’d.

We got our first helicopter of the season.

We saw what happens when two strangers try to kiss through bi-plane headphones.

The limitations of hot tubbing were shattered.

Oh, and either all of the women are now on the same cycle and going through rough times during the same 4 to 5 day stretch, or the hunger games of foreverlove are starting to claim victims. Emotional carnage.

Grab a tissue and a glass of your pinotiest grigio (unless you’re reading this on the toilet), and lets see how the ladies did.
.
And remember the Key. Red text means they were voted off long ago. The most recent cast offs get blue text because they’re sad.
.
.
.

Amanda has the understated grace of Bill Paxton in the eye of a Twister. She’s hanging back while the drama swirls around her. You can do that when you’re SouthernCaliforniaCute™. She can kick back and coast while Ben trims the fat.
.
.
.

Amber might be the saddest thing going this season. And that is saying a ton! She’s really aware of the process. It’s like she’s trying to make great tv moments only she’s going it alone. She’s like Bud Kilmer in Varsity Blues calling out his team to follow him only to look back and see that nobody’s there. “I’m walkin’ out that door. I want’cha ta trust me.”
. 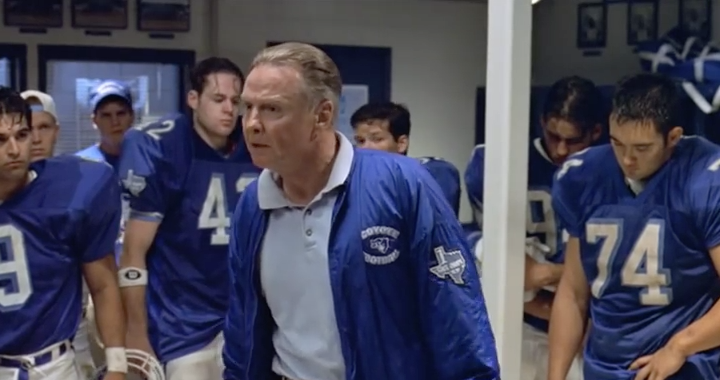 Becca’s in full coast mode. It’s strange that she isn’t a story line yet. None of the girls seem intimidated by her. Is it because Olivia’s toes are stealing the show? I can tell you one thing, they are stealing this Becca write up.
.
.
.

Is she strong enough for this game? We know she’s sweet enough. She’s like what happens when an 11 year old is trusted to get his own food from a Sizzler buffet. Sure it’s tasty but is it really healthy in the long run? Hashtag no it is not.
.
.
.

I swear every time one of these twins shows up it’s like somebody is asparagus peeing next to me in the office bathroom.
.
.
. 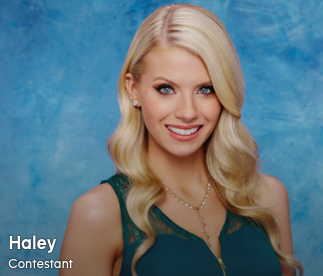 I swear every time one of these twins shows up it’s like when you watch an old person eat a lox omelette and there’s just eggs and salmon everywhere. You can see it on their tongues because their mouthes are too tired to fully close and it makes it really hard to have a fun visit with your dude friends who you don’t see enough anymore because everybody’s having kids and moving away. And do guys really have fun visits? I don’t know because of the eggs and the salmon. 😦
.
.
.

Jackie was one of the nameless brunettes with wide-set pretty eyes to be sent home. What did she do to leave? We have no idea because too much time was spent showing Olivia’s mouth open and close. More on that later.
.
.
.

Back to Canada, Jami. Back with the lessons you learned after one week co-dating a guy with 16 other women: that you shouldn’t even try anymore at anything. You’re like Steve Martin’s kid in Parenthood only you have to go back to the frozen north in the middle of winter. Simmer down. It’ll all be ok. Don’t give up. 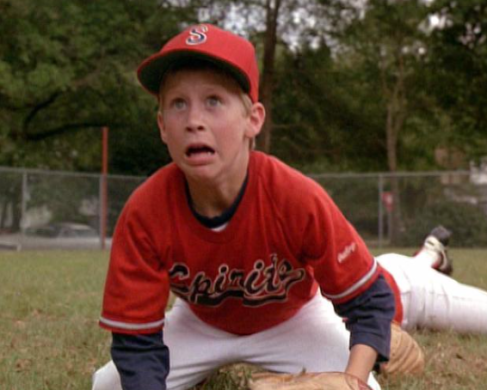 Not a lot from Jennifer this week. She’s riding a plunging neckline and silence to some easy early season roses. Can’t fault her for that.
.
.
.

JoJo is the house counselor who weirdly ditched the sad girl to go get more lip gloss. That was a cold-hearted middle school move right there leaving Jubilee to stand alone at the kitchen island. But then she went up to check on Jubes only to be denied. Maybe the first Jo is nice and the second Jo is mean. She’s so complicated. This show is so complex.
.
.
. 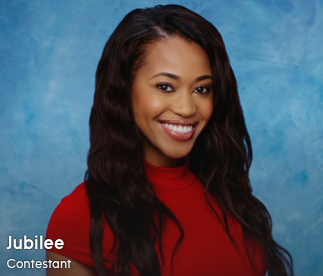 There is A LOT going on with Jubilee. Gosh dang, what a hard life. I can’t imagine how it must be to live in a mansion with a bunch of rich privileged girls. It would be easy to have some fun JK’s about Jubes but i just can’t do it. I want another helicopter to come and take her away from all this. Introduce her to a nice man in a small town where she can maybe be herself. A place without caviar. Love ya Jubes.
.
.
. 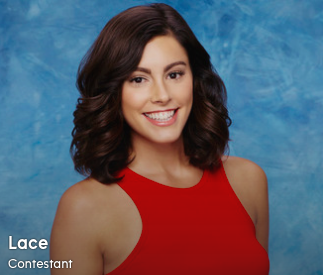 I mean, what are we supposed to do with Lace? She just displayed the most self awareness we’ve seen this season. Did she refer to a self-help tattoo on her body? Sure. Did she not know that a soccer goalie is able to use her hands? Yes. But she’s lame and she knows it and that’s actually pretty cool. She’s like when I think, “Yeah, I know I haven’t danced in any real capacity for like the past 6 years but I should just get out there and do it.” Only I get out on the dance floor and realize I don’t really have any moves and I revert to a weird combination of how all parents dance and how I used to get down in the late 90’s. There definitely is something wrong with a little bump and grind. This looked fun for Lace but she got into it and it got the best of her. Good luck, Lace.
.
.
.

LB had spunk out of the limo. But one week in the mansion made her miss the simple life one can only imagine exists in Oklahoma. Do you, LB.
.
.
. 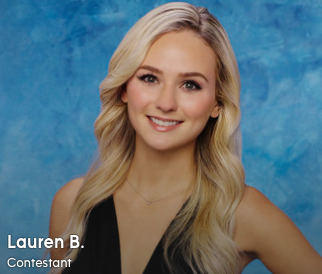 Lauren B knows how to date. She’s polished and personable. If she isn’t in the final 2 then she’ll be groomed to be the next bachelorette. It might already be happening. She’s already learned so much, like Luke in Empire Strikes Back. Only instead of targeting a thermal exhaust port, calling a light saber, and doing park-core through Dagobah, Lauren B has flown in an aircraft, she’s danced on the private concert persian rug, she’s been in a hot tub near a tree, she’s not eaten any of the dinner provided to her, and the list just goes on and on. She’s ready. 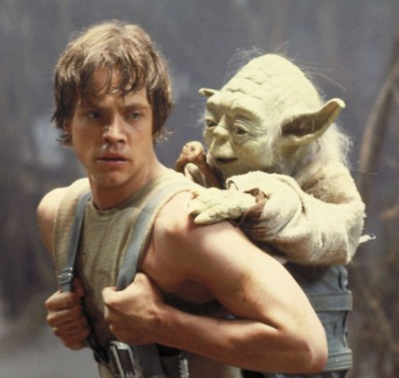 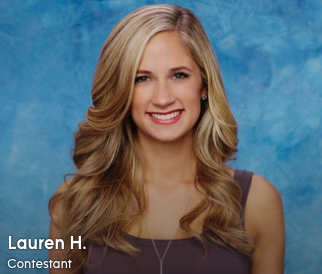 Lauren H wants to be a wealthy soccer mom. She has the accent for it.
.
.
. 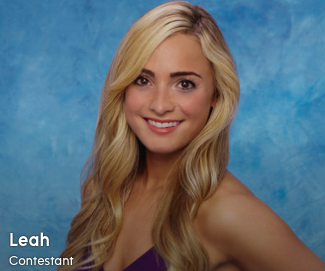 Leah doesn’t know anything about soccer but i’m pretty sure she told us that there would be blood on the field. This girl is in it to win it! She won’t.
.
.
. 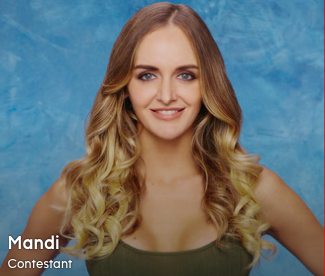 Apparently Ben doesn’t think mental and physical challenges are enough to determine a wife. Mandi won the tiara. She lost everything else.
.
.
.

O.M.Livia. This gal is a showstopper! Like an onion she is so layered. Also like an onion, she does not smell good and brings people to tears. She has terrible breath which is so scary because she also loves to be close to Ben. Terrible breath is tough to deal with. It’s why I’m packing mints everywhere I go. In fact, I’m going to refresh right now. Ok I’m back. So Olivia has fat toes and cankles. She also has all the self awareness of Michael Gary Scott! Ben walks in last night in near tears, begging for compassion and Olivia interrupts him to take him away. Will she comfort him? Noliva she won’t! She launches right into a speech about how hard it is to have bad legs. She even starts crying and says, “sorry…it’s just hard to be strong all the time.” It could not have been better. I just wanted more of that moment. It was like being left alone with a bowl full of cinnamon roll. This blog isn’t big enough for how amazing Olivia is. THERE IS A BLOG ABOUT HER CANKLES. Somebody took the time to register for a blog about her legs. That is ridiculous. This whole thing is ridiculous. I have to move on before I swallow my mint.
.
.
. 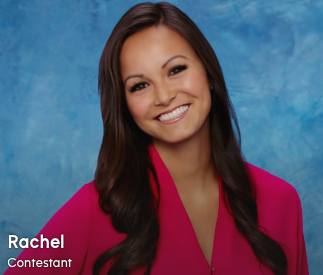 Rachel wanted it this week and she got it. Seems cute and fun. Rachel could be a dark horse moving forward. Look for her to survive while the crazies and lames get picked off two at a time.
.
.
. 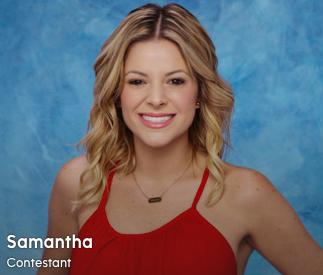 It’s tough to win The Bachelor when you smell like what’s left of an old man’s Reuben. At least that’s what science thinks. A 2.4 out of 10 on the love score? Really? I was sitting at home on the couch drinking my smooth move tea, wearing my sleep shorts…the ones with the paint stains on the butt, and I scored a 5 on the love score. I wish you all the best in the world, Samantha. Shower up and start fresh back home in Florida. Rest easy that no men watch this show so they won’t know you stink.
.
.
.

She never had a chance, but seeing her leave last night was strange. It dawned on me that we had a 27 year old Russian mathematician with the lady stones to rock a romper to a rose ceremony. That’s interesting. She could be a spy. Does she beat computers at chess? Are we sure she isn’t surveilling people at night? Does she rappel down the canyon with grappling hooks and night vision goggles while the other women are crying by the pool? We will never know. And that makes me sad.
.
.
.
We’ll have to rebound next week when it looks like Oheeeellllllnoooovia goes off! Can’t wait for Mondays.
.
In foreverlove,
G