What happens when you take a bull and give it a weight belt with a chain tied to heavy luggage, and you feed it unlimited meats and scotch, and you put it in a shop full of delicate, group songwriting china?

Magic. That’s what.
.
This show. This friggin show. It lights a limo on fire and then sends JoJo to the rescue wearing a tight wifebeater and holding a giant hose. The in(and out and in and out)uendo was about as nuanced as a sociopath’s wedding proposal.
.
It’s like a tug of war between 15 of the most pansy-a’d wet noodles in America, and one of the biggest meatheads television has ever seen. Is there one regular fella capable of walking between these two opposites like Moses through a red sea of deep-v t-shirts and high side parts?
.
I guess we’ll just have to hold on and see.
.
But first, onto the guys. And we’ll start with the survivors of Monday’s rose ceremony.
.

Alex is stepping up as the leader against the great oppressor. It’s a worthy pursuit only it makes him look pathetic. If Chad eats a cold cut, Alex is offended somehow. He needs to take a step back and worry about Alex for a little while.
.
.

Even money that Ali has carved his and JoJo’s initials into one of the mansion’s many trees. He’s like the guy in high school that hung around all the cute girls but never dated any of them. Had lots of nights talking to them about how mean their community college boyfriends were though. Good chance he cries when he inevitably goes home. I see him marrying a woman that makes the two of them wear matching outfits on vacations.
.
.

This guy. At several points he was 30 seconds away from punching every person on that show. This guy is a nightmare. You know how dogs can sense earthquakes? I see them freaking out every time Chad walks through his Dallas condo complex. It’s like he’s guessing how to show human emotions. He’s Dexter without any of the charm. I could see him saying something like, “Yeah i painted my bedroom walls black because color is gay.” How does this guy make it through a comedy show? He would yell “THAT’S NOT TRUE YOU’RE LYING!”, after every joke. We could write a book on Chad but we’ll hold off for now. There’s plenty of season left…
.
.

Chase is one of those guys that gets through the first episode without any of us realizing he was there. But he isn’t ugly and he seems normal. He’s like where you go to lunch when you can’t decide on anything fun or new. Could Chase let the world fall apart around him and ride this thing to the end? Probably not based on JoJo’s passion for bad decision making.
.
.

Christian is harmless. He seems like he might wear just a little too much cologne. I’ll bet he has a lot of Taylor Swift in his iTunes. He might tuck his shirt in when he goes to the Olive Garden. Not that there’s anything wrong with the Olive Garden. Great breadsticks.
.
. 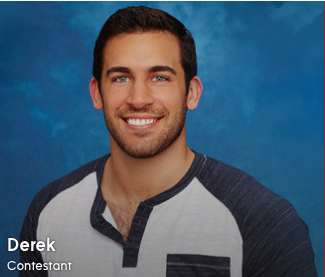 Derek gets the first date? Who remembered Derrick from night one? Look at his picture and tell me he doesn’t look like a composite of every guy to ever be on the Bachelorette. Like if a blind person somehow watched every episode of every season, that blind person would somehow mold Derek’s face out of clay and it would blow up your Facebook feed.
.
. 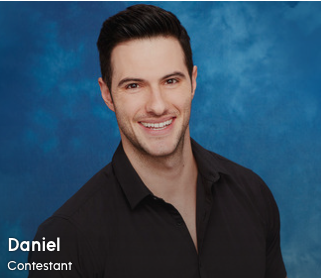 Evan is the kind of guy that would sit down in a park and fist pump while watching the grass grow. This guy is emotive! I would pay to watch him watch The Sixth Sense for the first time. That ending would be too much for Evan. I feel like he’d just sit there silently while pee flowed down his pant leg. So I guess I’d amend my earlier statement. I would pay to watch evan watch The Sixth Sense from a comfortable distance.
.
.

Grant is a firefighter who won at firefighting. His prize? He got to carry her through a hole in a wall and sit with her for 5 extra minutes.
.
.

James F is like when you get one too many sandwiches at the McDonald’s drive thru and you’re sitting there on your couch just staring at the thing as it’s getting closer and closer to room temperature and the lettuce is kind of wilting and the grease on the package is cold and you just kinda wish it wasn’t there but you’ll probably eat it and it will keep you from exercising.
.
.

This guy has a shot if he could stop telling JoJo that she’s too good for him. Eventually, she’s gonna believe him. I don’t think he’ll win because he’s too nice and lacks the drama JoJo is looking for. But here’s the thing. I think we could be looking our next Bachelor. Think of all the terrible country music tie-ins the producers are probably brainstorming in a TV trailer right now! Bookmark it. Remember I said so in week 1.
.
.

Jordan is left out of the top 3 rankings by our ESPN show hosts. Does this hurt his pride? Is there something unlikeable about him in person? Is he just a talking side part? We should get several more weeks to figure it out. The allure of having a famous athlete as a brother in law is something JoJo won’t let go for nothing.
.
.

Luke was a little too devastated to miss out on the fireman challenge win. He was so sad in fact that all he could do was sit against a building and do his aspiring Instagram model mug while strategically not looking at the camera.
.
.

Nick has a squinty smile. He’s like your wife’s friend’s husband that you kind of hope will be at the brunch because he’s easy to talk to if you get stuck at that end of the table and he probably hates dressing up in the morning as much as you do.
.
.

This picture perfectly captures the essence of Robby. If you asked Hollywood’s best actor to smile while conveying inner terror, he couldn’t deliver what we’re getting from Robby. It looks like a still from a kidnapping video. Like there’s a man with a gun just out of frame. Or like there’s a cat with it’s claws in Robby’s crotch but he’s a professional and won’t break his smile.
.
.

Look at Vinny’s hairline and then remember that he’s a professional barber.
.
. 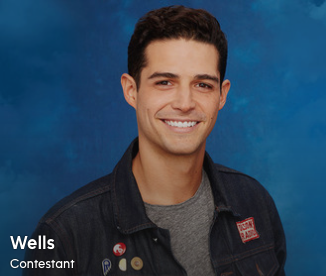 Finally, it’s Wells! Wells is cool actually and it doesn’t hurt that he looks a little like young C. Thomas Howell and that guy from Can’t Hardly Wait. It was made clear to the world that Wells is not a physical threat but that’s not his game. Wells is a talker. And he knows All For One. You can’t tell me JoJo hasn’t kicked around the idea of walking down the aisle to “I Swear”. Heck, I’m already married and I’m daydreaming about it.
.
We get two episodes next week because it’s a great time to be alive I guess. Till then, foreverlove those nearest you.
g
Advertisement