Whether you believe in all-powerful, all-loving creator, or you think we’re just a bunch of good looking molecules bumping into each other, you cannot deny that there are a set of universal truths. Things that hold everything together. Keep us from spinning out of control.

That third one is where we’ll begin. Basketball is like a physical lie detector that cuts the swag right out of a bunch of painful try-hards. We even saw one of our least favorite douchebags try to fall out of the gym as he went sprawling for the door. You can’t dance-dribble and then throw up airball after airball. Especially if the great Kareem Abdul Jabar is in the house. But this week, basketball went one step farther, somehow exposing the brashiest bro as either a dirtbag or someone with super bad taste in ladies.

We’ll get to that down below.

Hey everybody, it’s Ashton Kutcher and Mila Kunis! Ashton Kutcher is a guy you want to make fun of but then he starts talking and you realize he and Mila would be fun to hang out with. Brunch anyone?

Ashton drops some wisdom with a bold prediction about the first group date, “Rachel’s guy is not here today”. We’ve gotta believe he’s right. When this guy is the one to bring the heat…

We got to see a bunch of dogs at a pool party with everybody’s favorite, current hit “Who Let the Dogs Out?” The only bright side of that decision is that somewhere one of the Baha Men got a residual check in the mail and it’s probably going a long way for some basic essentials.

After two weeks, Rachel seems to be doing pretty well. She’s keeping it light when it needs to be light and dropping bombs when it’s time for war. She even had the moxie to leave Chris Harrison standing alone on a high school basketball court!

Let’s get to the guys because this is already long and there’s still a lot of fat to trim. I’ll do my best but it’s hard because I can’t tell where one tool begins and another ends.

Adam manages to play basketball horribly and then talk himself further into the friendzone at a restaurant that looked a bit like a cross between the magic tree from Avatar and the hunting lodge of a mass murderer. 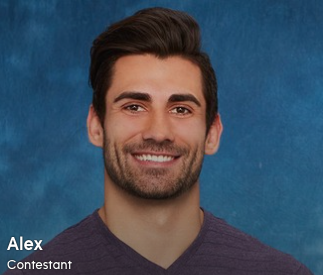 Alex sang what has to be Russia’s only romantic song to Rachel. It was so bad it was good and pumped more juice into the elderly mothers of America thinking to themselves, “Alex seems really sweet. If he wasn’t a comie I’d set him up with my daughter who can’t seem to meet anyone. Maybe she’s a lesbian. I sure enjoyed that program, Will and Grace. 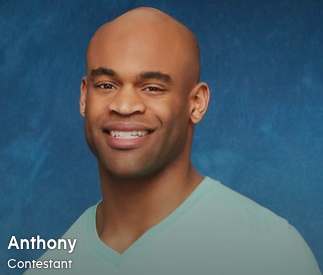 No date for Tony. His week 2 performance is basically the embodiment of the facial expression in this picture.

Blake is a classic flow-killer. Everything about him screams it. His cheesy beard, his 90’s hair, his Henley that’s like an inch too low and yeah it’s only an inch but somehow it makes all the difference. His fake dog tags. He’s the guy you have to explain jokes to. He’s the guy you want to leave off the invite but the depth of that damn Henley just makes you feel sorry for him so you bring him out and he ends up telling the girls you’re flirting with about how sensual he felt at last months’ Enrique Iglesias concert and that he has over 100 candles in his apartment. Then you’ve gotta drive him home because while he rollerbladed to the bar, he doesn’t feel safe after midnight. After you drop him off you go make poor choices at a Taco Bell because you have to eat the frustration of being a good person and not cutting Blake out of your life.

Brady walked into a room. His hair looked phenomenal. Never sleep on a model. You know what I mean.

While the rest of the guys were off doing husband obstacle courses and failing at sports, our first impression rose winner spent his time at the Mansion getting geared up to provide some titillation in the best way he knows how—chiropractic adjustment. Can you feel the heat coming off that orthopedic table?

Rachel is mistaking Dean for being confident because he made a bad joke on national television. But Dean is a pussy cat who can’t keep telling Rachel how amazing she is. One day it’ll all catch up to him and Rachel won’t believe what she’s done. Till then, I guess it’s good to be Dean.

DeMariWHOA!!!!!!! We suspected this guy might not be genuine, or even Genuwine.

It all starts off great for big D. The guy can dunk off a drop step. Even Old Kareem is impressed. But Demario’s made a crucial mistake. He’s dated a woman who is a big fan of reality show basketball teams who play once in obscure high school gyms on unannounced days. What are the chances the sane(?) and probably current girlfriend, Lexi shows up at that game? But that’s what Demario gets. Poor Lexi. I feel like she vapes and somehow still smells like cigarettes. Rachel tells Demario to get the eff word out and then walks past Chris Harrison who got all made up for nothing. But that’s not the last we’ve heard of DeMario. He wants to repair his image or else nobody he meets on whatever the bargain basement dating app is these days will give him the keys to her apartment. This probably isn’t going to end well for DeMario. 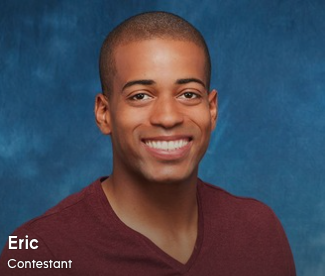 He dance-dribbled and was then clowned by Kareem and Rachel. If he weren’t here to fill the show’s quota for at least one personal trainer, Eric would have no business on this show. Looks like next week will be tough on the guy.

Not many people look like a “Fred” but in this case, I’m buying it. Fred’s chances to win this thing are not high. BUT, Fred’s chances to go in for a kiss and get an audible laugh from Rachel? Off the charts. Prepare your summer throw blankets to hide under. The reckoning is nigh.

In the romance game, Iggy is a fire-retardant blanket. 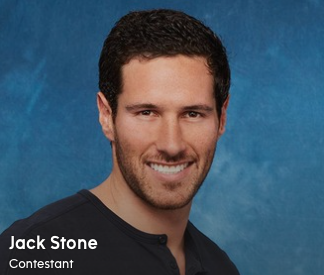 I would buy teeth whitener from a Jack Stone. I think that’s about as far as he’ll go in this thing. If Rachel’s gonna be into this guy it hasn’t happened yet. 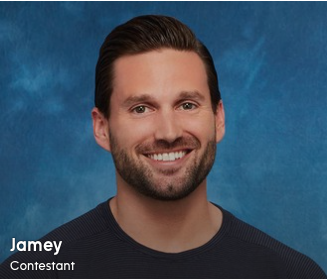 Jamey is exactly as memorable as you’d think he’d be.

Jonathan is a big winner this week, even though he didn’t move any closer to Rachel’s heart. I figure every day Jonathan doesn’t murder or tickle anyone is a day we should all be grateful for.

This guy is not as good at hoops as he thinks but he can open mouth kiss his way to a group date rose. Probably the happiest to see that DeMario is probably long gone.

Kenny is a dad that lost a challenge about being a dad.

Lee almost fell out of the gym, literally. One second he was dribbling and the next he was tumbling. It’s like Monday night was the first time Lee had ever held a basketball, or even anything round. I get that not all of us are good at sports but what is Lee doing while other kids are playing? My guess is, “stupid stuff to his hair”. I want to punch Lee in the hair.

Waboom won the husband material challenge which calls into question the legitimacy of this whole show. Did a little digging and the guy got some kind of law degree from Berkley. That’s hard to do! Waboom is a secret genius. 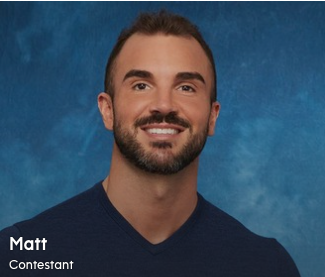 Matt does some decent work in the paint, scores some put back buckets and he wears a purple headband to try and mask his thinning hair. For now, Matt is the rice that comes along side the Heavenly Beef. He’s filler. 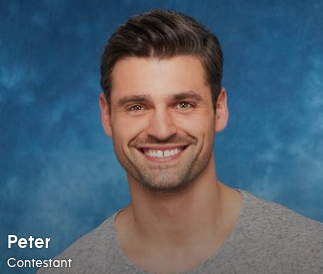 Ladies and gentlemen here is your early favorite for next year’s Bachelor. Peter is whisked away to Palm Springs with Rachel and a 3-legged dog. I don’t know if he said more than 5 words the entire day. Rachel couldn’t stop talking around him. He mentioned seeing a relationship therapist (something I didn’t know existed, apologies to all of you relationship therapists out there) and Rachel thinks it’s the craziest coincidence that she too once saw a therapist. But that’s what we do when we’re in love. We make connections where they may not exist. We’ll have to wait and see if Peter is more than just a guy you’d see in a Men’s Warehouse commercial.

We’ll end with Will. Another in the long list of dudes that might have been kicked off during the first night.

After all that, they TBC us and we’re left to wonder what will happen with DeMario.

Till then, foreverlove yourselves to death.