This week, humans launched a car into space. There’s a dummy sitting in the front seat of a Tesla and it’s going to revolve around the sun for the next billion years or so. 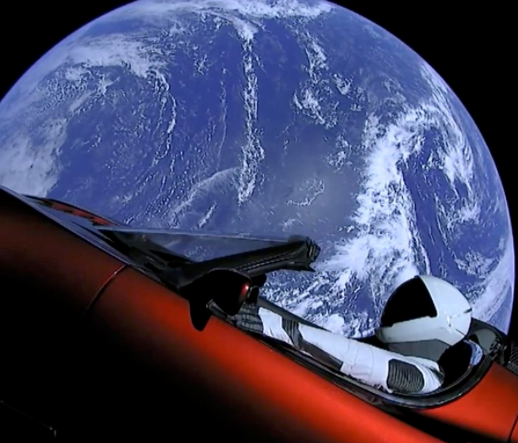 That’s pretty amazing and yet next to Krystal finally getting booted off the bachelor, Musk’s Starman looks as mundane as doing your taxes.

Krystal is Salazar Slytherin’s locket necklace and we are disheveled Ron Weasly. Did Arie find the sword of Gryffindor in that hedge maze behind the castle?

We have to focus on Krystal but we shouldn’t because Kendall shattered the entire construct of reality TV! Since Eric Niese was walking around without a shirt in the first Real World house in 1992, reality TV has worked the same.

One person is disrespected and then lashes out at the disrespector.

It was all happening before our eyes in the French countryside and then Kendall shone her weird light in the darkness and the darkness comprehended it not. Did I just call Kendall a Christ Archetype? This is getting deep!

But it’s true! Kendall was handed insult and responded with kindness and empathy while we were slack jawed on our couches. Krystal was as she stated, “without words”. She didn’t know what to do with kindness in that setting. Is Kendall a cannibal? Yes, in the right circumstance. But she’s a fine young cannibal.

And look what happened!!! Kindness was rewarded! Love won out against lies, leaving poor Krystal alone at a table with the best view of the Eifel Tower in the world. I guess lies didn’t have it so bad.

On her way out, Krystal asks a tough question whether or not she deserves love. We all want to say that everybody deserves love, but if Krystal is horrible, manipulative, dishonest and selfish, does she deserve love? Will she be alone? Probably, as long as she is the way she is. And aren’t we all a little horrible, manipulative, dishonest and selfish? We receive love anyway.

A note: Taking too much cold medicine can lead to spirituality bubbling up to the surface.

Lauren B gives the classic “I’ve had it hard because my parents have a good marriage of 30 years but sometimes they didn’t get a long so I have trust issues” talk. Arie answers with, “yeah that’s tough I know what you mean because my girlfriend had a miscarriage and broke up with me while I was out of town. When I got home she and her two kids I was prepared to raise like my own were just gone.” Because she’s Lauren B, she responded with silence.

Jaqueline gives us some sassy, flirty walking. Paris fits her like a glove. They have a teary dinner, we learn that she’s really smart, and despite that (as if smarts is a bad thing) Arie gives her a rose.

Jenna and Chelsea go home and Lauren B starts to break down. She wasn’t made for this kind of carnage. None of us are.

Let’s get a little deeper and see how everybody did. And remember the key. Ladies who have just been booted are in blue because they’re sad. Ladies who left a while ago are in red because they angry, yo. 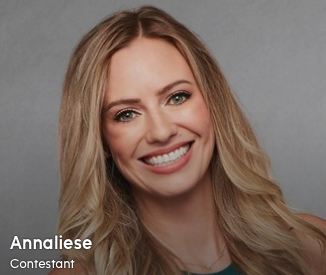 Ouch. Annaliese leaves the mansion giving us two of the most memorable weeks in the show’s history. Hats off for at least trying, but hats gently off. I think Annaliese could be traumatized by aggressive hat-taking-off.

I hope bowling in Florida was worth quitting your job. I also hope you have a wonderful life and find love. Thanks for all the memory. 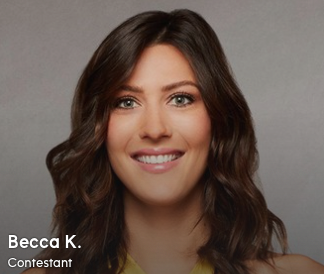 When will Becca K get the screen time she deserves. Now that all the crazy is gone, she could really shine. It looks like things get pretty steamy in Tuscany, where the pinot is oaky and the makeouts are aggressive. Just wine-stained teeth clanking into wine-stained teeth. This is why you get those things whitened before starting the journey.

Shorter Bekah won the group date rose and hit the stage for some overacting/bad lip-synching. It drove the other women crazy. They seem to like each other a bunch but maybe it was a Jonny Bravo situation where Bekah just fit the costume they had at the Moulin Rouge.

Gosh, Bekah M kind has a Greg Brady thing going on. Never thought about that until seeing his pic just now. Congrats to both of them I guess?

Ask any former lady wrestler and they’ll tell you, Bibiana’s mom can’t spell. Poor girl was made for the first two weeks of a reality dating show but not for anything more. She leaves us, broken. Watch for her to talk way too much at the Women Tell All.

It was obvious. She had no screen time. We weren’t even sure we had the right Brittany. But she was pretty wonderful when signing off, telling us that she’s hopeful for the future and doing it through tears. One of the better walkouts in the show’s history. Hat’s off, Brittany. Oh, the places you’ll go.

I’m a little shocked. She seemed charming. The other sane women liked her a lot. Did Arie see her as a sister? Was it just not there? Caroline was a voice for the people. Usually the narrator cast member has no shot at winning but Caroline was different. This show just keeps us guessing. I think we’ll see more of Caroline. Maybe, in Paradise. 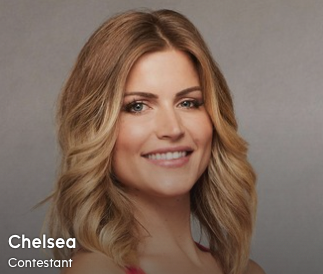 Chelsea leaves the week after showing us how great she is. She’ll be right as rain after this thing. I’m thinking the town widower who coaches youth soccer and has the body of a guy who coaches youth soccer, is already pursing Chelsea. Maybe they’ll meet at a quaint dinner and their kids will all get along. Chelsea’s gonna be fine. She just wasn’t cooky enough for our boy Arie. Chelsea is a serious person. Serious about youth soccer coaches I hope. 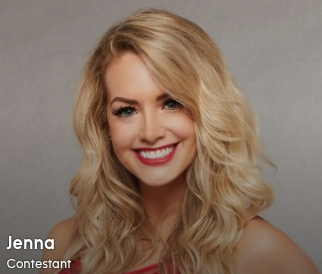 Jenna goes out with a lovely experience at Moulin Rouge. I’m glad she was happy. But it was time for her to leave. At one point during Jacqueline’s date, she says, “Arie I just didn’t know what to think because I’m the last to get a one-on-one.” Jacqueline forgot about Jenna and as we just went over, Jacqueline is smart. Everyone in the house knew Jenna didn’t have a chance. But it’s a big world and Jenna is a big ball of energy. She’ll be fine. 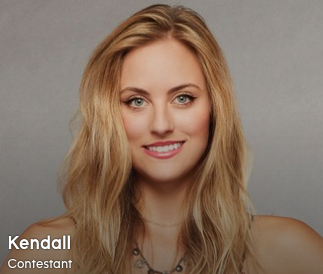 I’m rooting for Kendall. She’s weird but the good kind of weird. She’s kind in impossible situations. She’s mature and creative. Kendall is legit! And what a surprise from the woman who walked into the mansion with a stuffed animal. Like, literally a dead animal that was stuffed. No matter what happens at the end, Kendall won this show in her handling of Krystal.

A Top 5 worst all-timer. We’ve had women who say mean things. We’ve had women who say normal things in stupid voices. Krystal was the perfect storm of the stupidest toasts and the meanest cuts, mixed with a voice that makes people want to turn the channel and wash their TVs with a hose and a bucket of dawn. She was good TV but rode right on the edge, like a really powerful cheese. This tastes good but it’s like one factor away from basically eating garbage. Usually I say nice things about the women who get voted off but I really think Krystal needs to do some work. In her current state she’s harmful to others and herself. At least that’s one man’s opinion from hundreds of miles and a really bad edit away. I can’t wait to hear what she’ll say at the women tell all, and how she’ll sound saying it.

Arie is DESPERATE for Lauren to say anything. He’s so deep in crush with her that he’s convinced himself she’s great. Maybe there just isn’t a ton there. Maybe she is too closed off for this experience. We see that it’s breaking her. How long can he wait? He’s running out of roses.

You know things aren’t going well for you when a Bachelor actually eats the food. But Lauren gives us both the meltdown and the realization that she’s melting down. It’s actually refreshing to see a woman with enough self-awareness to know that she’s going down in flames. I could see Lauren S coming back for Bachelors in Paradise or just living nicely in the real world, far away from wine country. 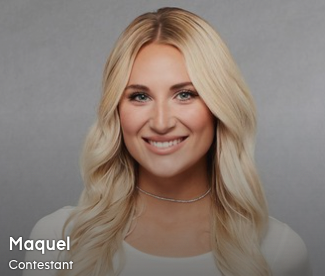 Your grandpa died and you left. Then you flew to florida, used a telescope poorly, and got dumped, all in the same week. Gosh, that is harsh. I hope the rest of your life is smooth sailing. You’ve earned it, Maquel. I’m sorry Arie did this to you and I’m sorry for thinking your name was Marquel this whole time. I won’t be surprised to see you in Paradise trying to pull Jared away from Ashly I someday soon. 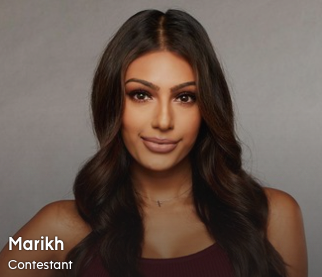 Are we really surprised? Marikh wasn’t crazy, she just wasn’t dynamic enough to shine. That’s the toughest part about surviving in the Hunger Games of Love. You can’t fake a panic attack, but you can’t be boring. If only there was a middle ground between the two. Good luck in life, Marikh. Good luck in love.

Seinne is also smart but she’s hanging on. Arie needs a moment where he’s honest with himself. It sucks to let somebody wonderful go but she’s just not right for him. There I go again sounding like a hairdresser who knows too much. I think the end is near for Seinne and that’s the best possible thing for her. Go marry a physicist and see what you can do about inventing a Cinnabon that burns fat in your stomach.

But like the band Genesis, Tia is pretty great and I’d call her a favorite to win right now. She doesn’t look much like Arie’s mom which he’ll have to get over but she’s dorky in all the right ways and as crazy as this sounds, she isn’t tied to Arkansas.

Let’s leave it at that. I need more cold medicine.

Foreverlove to all of you.